What do 3D visualizations and the controversial art movement have in common? Incredible details [GALLERY]

Disdained by artists, unacknowledged by viewers, unnoticed by marketing.
We present to you the art movement that fills our 3D visualizations with special powers that distinctly increase sales.

Even though many people might think this way, the term “hyperrealism” you can find all over our website, is not just another fancy word. Why are we referring to an utterly unpopular art movement while making furniture visualizations? Wouldn’t it be better to stick to a good old photorealism? Didn’t we get carried away?

We ourselves never choose form over content. We like quality, we like simplicity and we like simple elegance. We didn’t look for catchy phrases when planning our brand communication. Our goal was not to stand out only because of glamorous words. What we wanted the most was to make everything we have to tell you a true reflection of our beliefs, skills and attitude.

Accidentally we came across this simple conclusion which explains the difference between hyperrealism and photorealism.

“While photorealists distance themselves from adding emotions and creating a message in their works, artists who fall into the current of hyperrealism strive to make narration and feelings flow from under the brush. Hyperrealism allows for a less strict interpretation of images, adding focus onto a social or political message” (quote from Plus One Gallery blog)

We’ve read this and our eyes lit up. That’s exactly what we do! Of course, our visualizations don’t spread the word on political or social issues, nevertheless on every painting we want to show you something more than just a pitch-perfect squared meters. Not just dimensions, walls and space, but also desired lifestyle. Our children’s furniture visualizations are supposed to make you smile, office furniture visualizations encourage you to work, while architectural visualizations sketch the vision of safe and secure future (among the greenery of course!).

Don’t worry, our introduction finally comes to an end – we know that you’re busy. But if you are still in the mood for art, we invite you to go over a short photo story about hyperrealism.

Although we must warn you – some of these paintings really make it impossible to take your eyes off them, so sit back and make yourself comfortable. 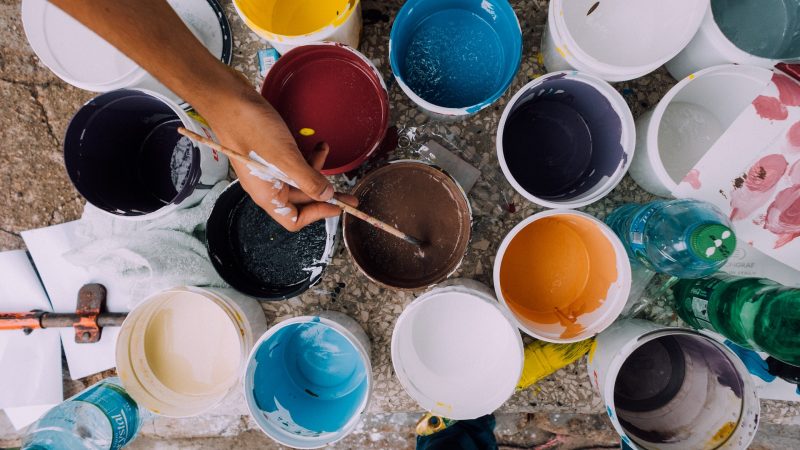 Dead end that is full of life

How come every college student knows the name of Andy Warhol, while Richard Estes is hardly recognized by anyone?
The history of hyperrealism in painting is incredibly… sad. This movement was supposed to be a worthy successor to pop-art. Its upgraded version. And yet it has been denied its artistic value. Among many paths chosen by artists over the centuries, this particular one turned out to be a dead end. The question is: can you remain dead calm when you see such details? 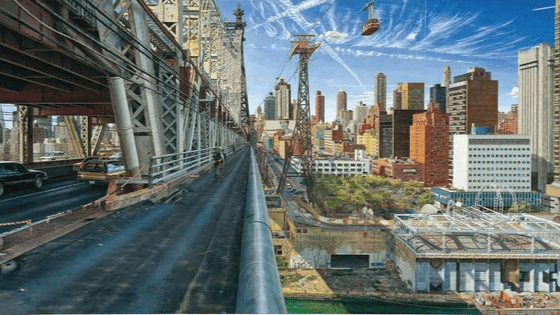 The main reason why art critics nearly entirely rejected the concept of hyperrealistic paintings was obvious. Let’s be honest: even a child can redraw a photo. And even though the number of details and the precision of the leading hyperrealists were all impressive, the world of art said it was just a craft. Period. Not enough for its creators to be called artists.

This allegation is quite understandable, especially if you look at the assumptions of esthetician J. Ch. Amman. Among the criteria of hyperrealism he names “entire rejection of specific features associated with individual creative workshop”. But it takes just one glance at paintings of the leading hyperrealism representatives, to see that their works differ from each other. You can easily tell who’s the author. Apart from thousands of details, they have their own character and vibe.

In his paintings Gottfried Helnwein tries to emphasize the problem of anxiety and fear among the society and individuals. 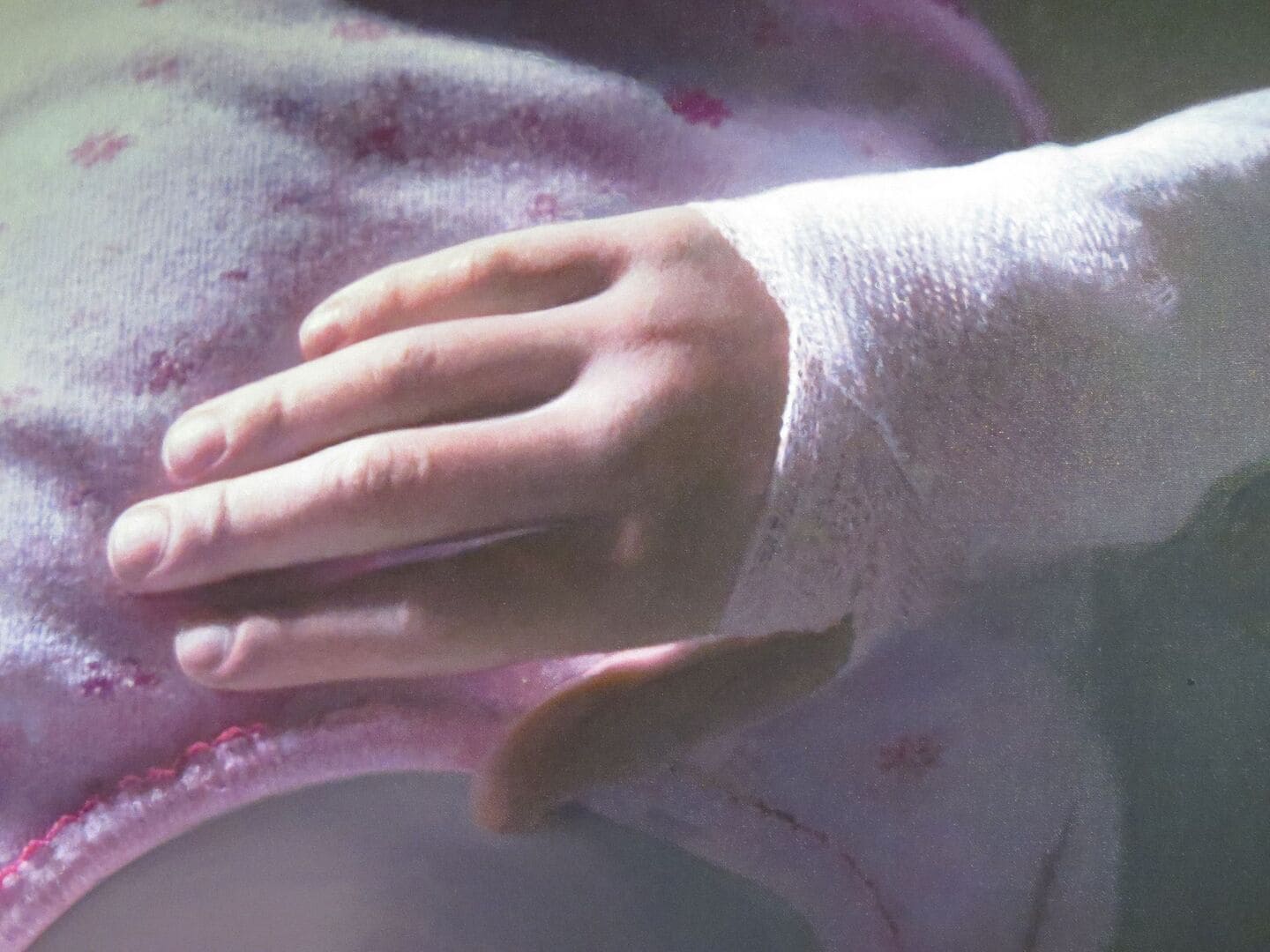 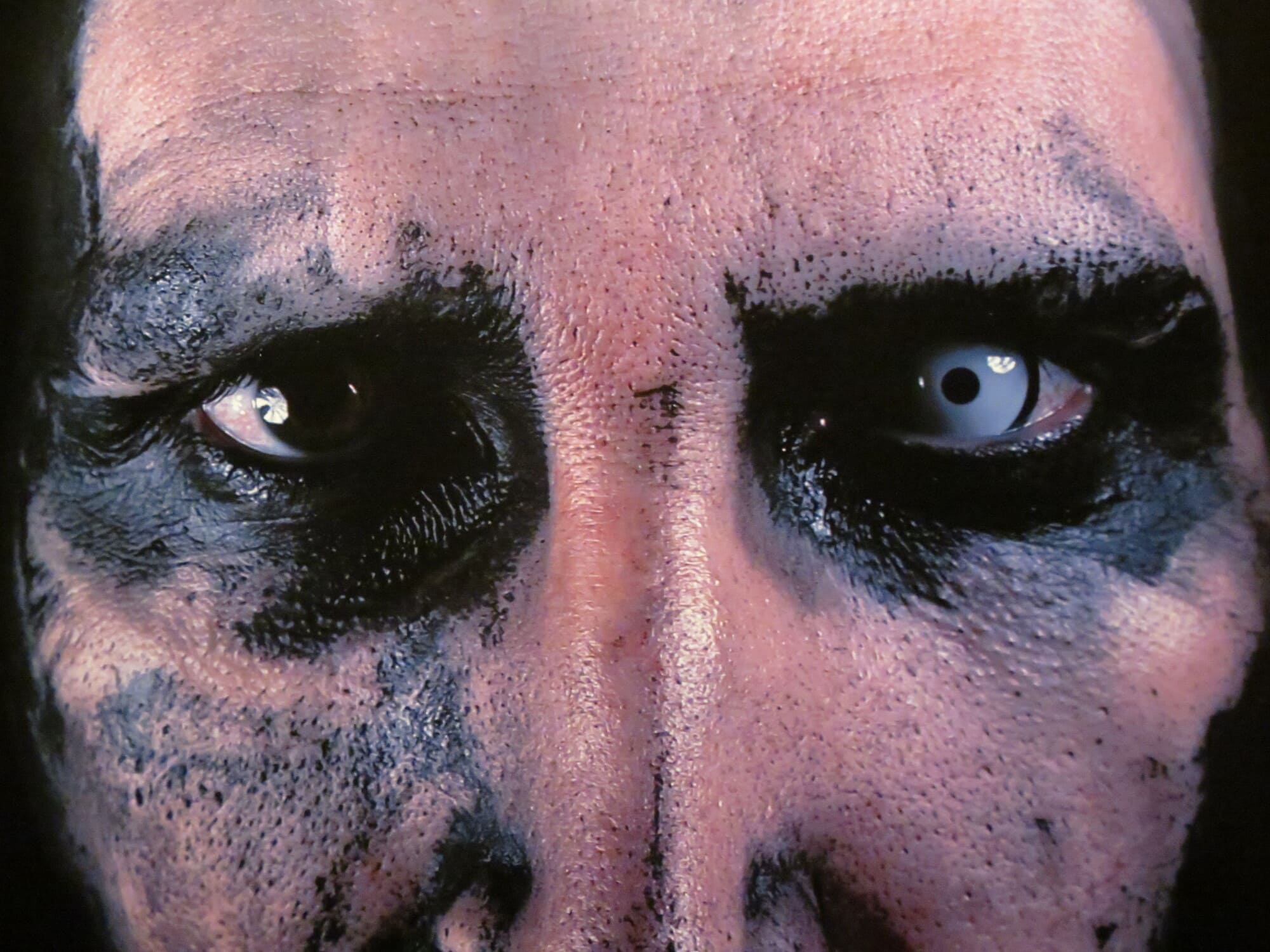 Spanish hyperrealist José Ramón Muro has cherished natural landscapes, cityscapes, portraits and other, more classic takes. Even though he’s a fine artist, acclaimed  by the jury members at competitions all over the world, he also constantly works as an engineer.

One of the most famous American hyperrealists, John Baeder, specializes in covering the canvas with the pictures of wayside bars and coffee shops. 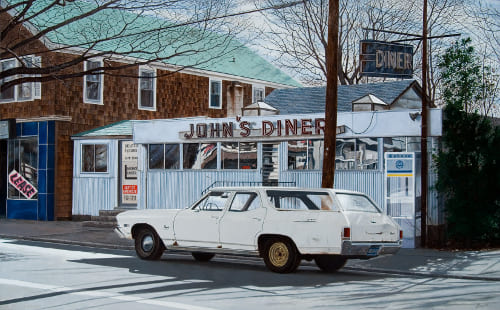 Pick up the pieces 2019 by Ken Nwadiogbu, source: Wikimedia Commons 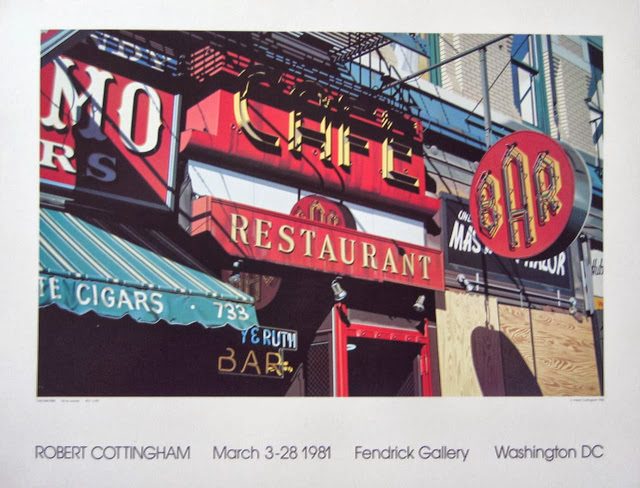 On his oil paintings you can only see everyday objects. Fried egg, Coca-Cola, half-eaten hamburger, a bag of chips with mayo… Could there be something even more American? 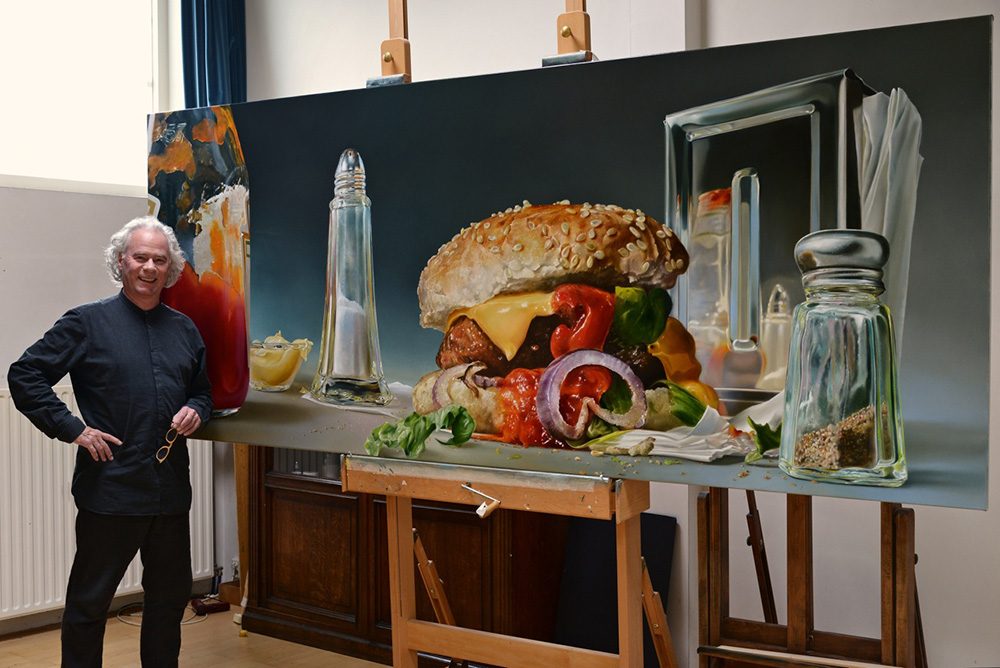 Tjalf Sparnaay and his piece of art, source: Wikimedia Commons

Last but not least – our favorite hyperrealist, one of the pioneers of this movement. We’d better just let him speak for himself:

“In 1963 I wanted to start painting again but I decided I wasn’t going to do abstract pictures”. It occurred to me that I should go as far to the opposite as I could. … It occurred to me that projecting and tracing the photograph instead of copying it freehand would be even more shocking. To copy a photograph literally was considered a bad thing to do. (…) some people were upset by what I was doing and said ‘It’s not art, it can’t possibly be art’. (…) I was delighted to be doing something that was really upsetting people… I was having a hell of a lot of fun…” (edited quote from Realists at Work) 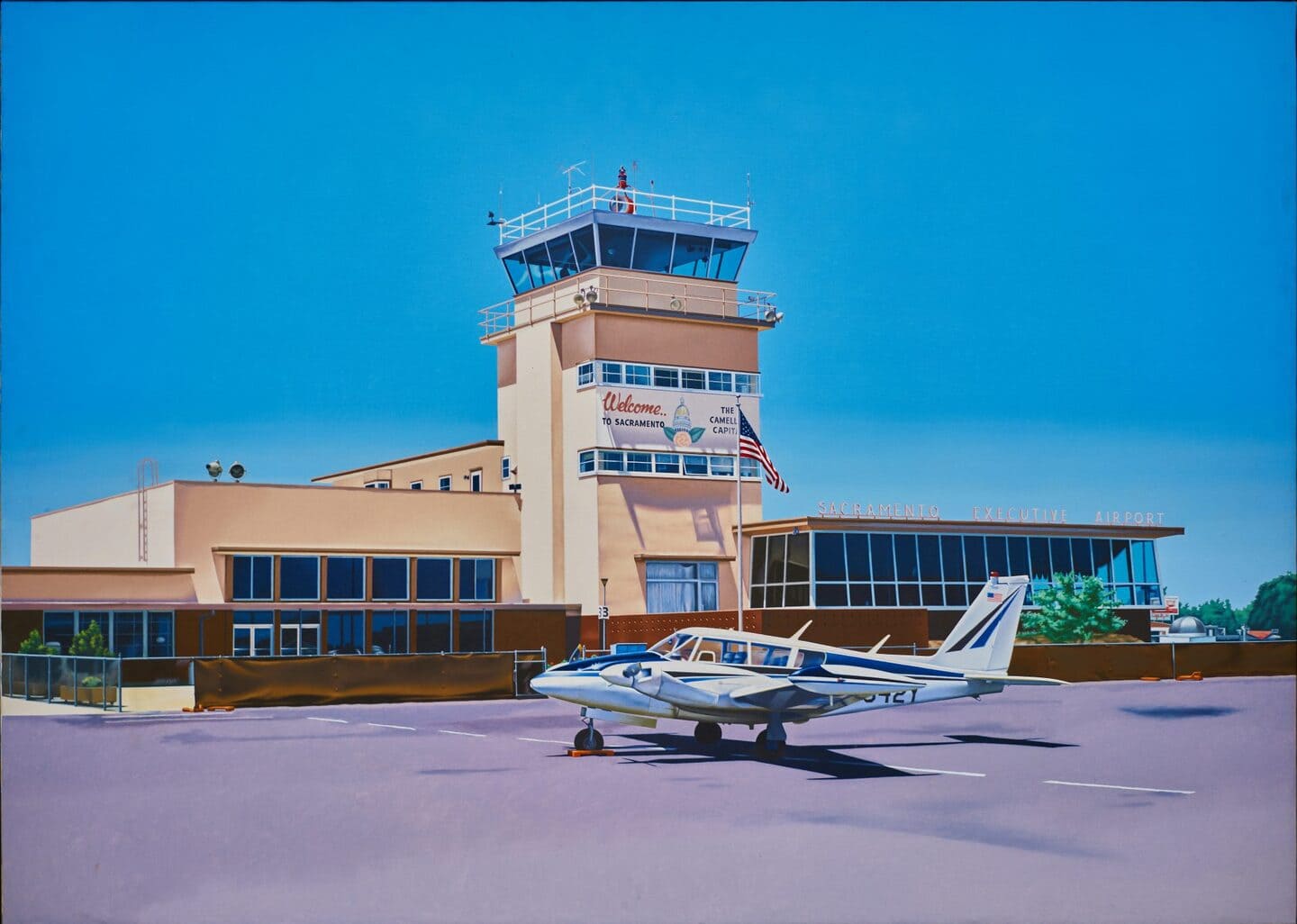 Now here we are, trying to answer the most important question: is hyperrealism really an art or rather a craft? We, 3D graphic designers, also try to find an unambiguous answer for this question. Creating as complex digital paintings as interior visualizations, architectural visualizations or precise soft furniture visualizations, requires expertise and meticulousness – features associated with the best craftsmen.

The ability to use one of the most advanced computer programs – 3ds Max – efficiently, is somewhat reserved only for the most persistent ones.

But is it possible for an ordinary visualizations to evoke emotions and encourage people to take actions? Can simple graphics speak to a client and make words unnecessary?

At the Frame we believe that by adding emotions to the painting, we can get closer to art. 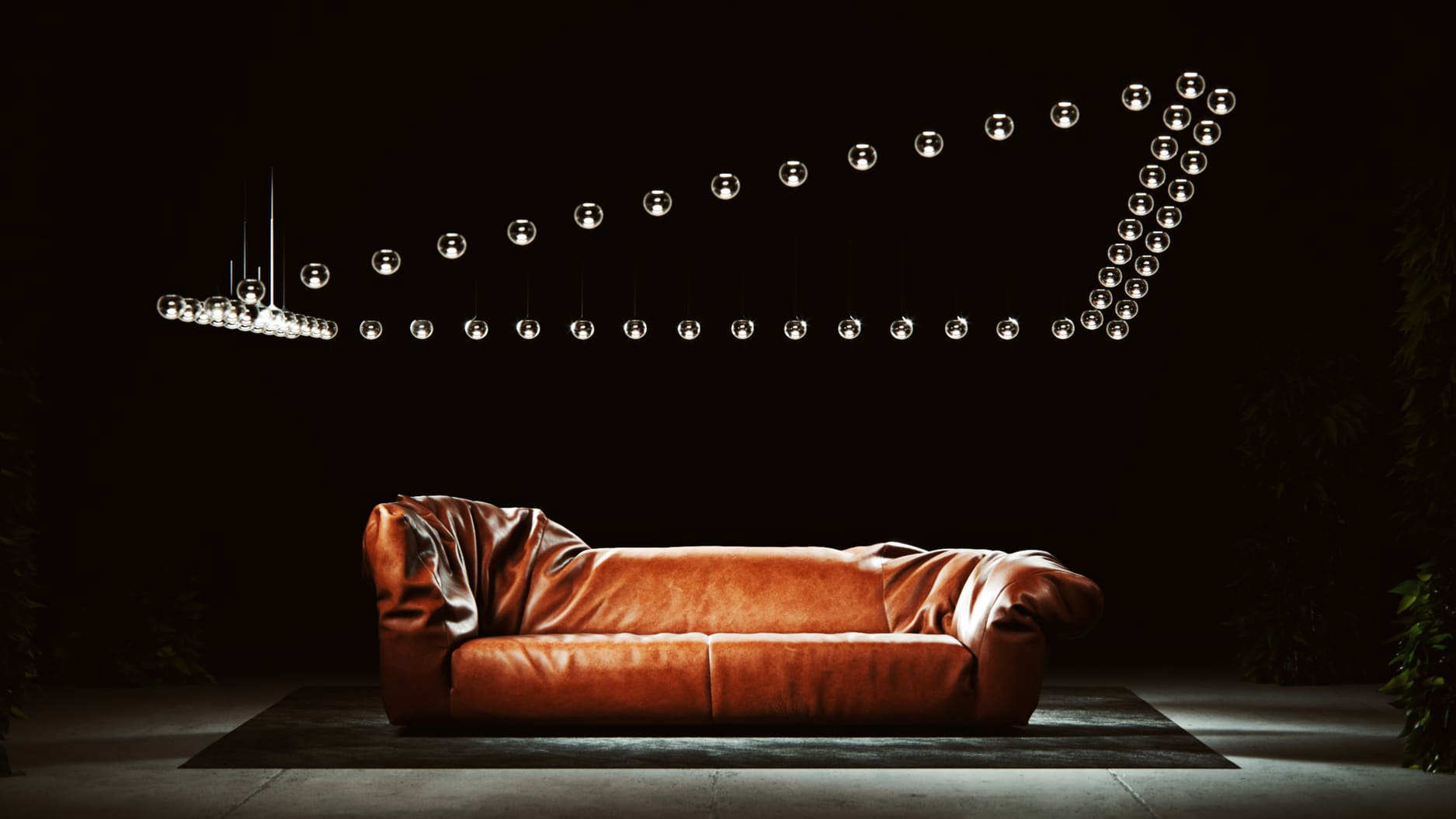 If our attitude is close to you and you believe your products and services deserve a hyperrealistic touch, feel free to contact us. Visualizations in our portfolio can tell you more about hyperrealism.